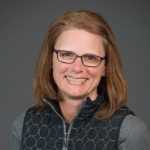 Intelligent Video Solutions proudly presents a series by an experienced Clinical Educator, Professor and Communicative Disorders Clinic Director:  Ms. Angie Sterling-Orth.  Angie will be drawing on over 15 years of Clinical Education experience and 5+ years using software developed by the team at IVS to reflect on a variety of topics important to many Health Sciences Education stakeholders.

“Video self-modeling” is a buzz word I started hearing only about five years ago. It sounded like a mouthful and I wasn’t even exactly sure what it meant. The context was two colleagues talking about how our new, online video capture system for clinical supervision was allowing him to utilize video self-modeling with his student clinicians on a regular basis and how delighted he was about this opportunity. I nodded along and made a mental note to research this term immediately. Was I doing “video self-modeling”? Was it really an evidence-based practice for clinical instruction and supervision? If so, where was the evidence? If I wasn’t doing it, what was it and should I start doing it? I had a mission to figure out the answers to these questions and make sure I was taking full advantage of our highly sophisticated supervision tool.

By definition, video self-modeling (VSM) is the use of video recording to analyze one’s own behavior. True VSM (Video self modeling) is where individuals observe themselves performing a skill or behavior SUCCESSFULLY on video and having this reflection guided or mediated so that they will be likely to continue more positive and accurate use of the targeted skills. I was relieved to discover that, yes, from the time our video capture system was installed in 2010, I had been using VSM with my student clinicians. I just didn’t know to call it “VSM.” In addition, I had been using it frequently with our clients (but more on that in a future blog). What I decided I needed to do after discovering this term that was new to me, was to make sure I was DELIBERATE and SYSTEMATIC about my use of VSM as a tool for clinical instruction. In doing this, I would be more certain that it would have the positive impact I desired as a tool for my student clinicians to hone their clinical skills and dispositions.

My first step in refining my use of VSM as a tool for clinical instruction was to create a one-page information handout for my student clinicians. Since VSM was a term that was new to me (even though the concept was something that I had already put into action), I figured it needed to be defined for my practicum students and I also wanted to provide them with some research citations on the use of the strategy. I hold a clinical instruction style that insists on being transparent with my supervisees, as I know that being on the same page as them allows for fewer communication breakdowns and greater achievement of clinical outcomes. Then, I put the VSM topic on a weekly agenda for a clinical meeting. I typically have two to four special topic meetings per month with my entire group of assigned clinicians, and VSM was perfect for one of our special topics. At that meeting, I reviewed the concept, showed it in action, and set a plan for all of us to move forward with the technique in a deliberate way. Finally, I developed a form and expectation for my clinicians’ use of VSM as a required component of our clinical experience together. A form to guide student reflections is critical to mediate the strategy in use. It will offer them a framework for reflecting, insist on the tallying of specific skills or behaviors (of their own, like specific use of feedback to the client or deployment of a visual cue, etc.), and keep them from straying towards all of the “oops” moments or mortifying behaviors they might think see in themselves. I assigned all clinicians to complete two detailed VSM reflections per semester (more, as desired and/or needed). For each required reflection, I directed my clinicians to complete the form I provided and then come to our following individual weekly feedback meeting ready to lead the discussion with their VSM reflection as our guide. We’d discuss the reflection and set goals for moving forward.

I’ve now been using VSM as an intentional and structured clinical tool for over four years. Student reporting confirms for me that they are wedded to this strategy for making gains as clinicians. My own observations and evaluations of student clinicians over the past fifteen years assures me that video self-modeling makes a considerable positive difference on a student clinician’s refinement of clinical skills and achievement of overall confidence. My best advice in adopting this as a strategy is to have a format in place, TEACH the technique overtly, keep students focused on POSITIVE clinical skills and behaviors (which creates a situation where the increased use of positive skills replaces any undesirable behaviors), and use VSM reflections as the basis of goal-setting with students. This comprehensive approach with VSM will surely allow you to maximize the use of a video capture system on a daily basis.

Video modeling is the use of video footage showing other people in action to teach a person specific skills. It is widely understood that DEMONSTRATION of a skill or behavior can be a powerful tool for learning. Consider the way in which a person might learn specific dance moves to be able to perform the dance or how one might learn to draw a specific illustration by watching it done (possibly pausing and replaying the demonstration to perfect the motions). Not all behaviors are learned this way, but most humans tend to be highly visual in nature and can learn many skills by seeing things done.

Video modeling holds some terrific potential for teaching behaviors and helping others enhance their skills. It’s quite common for a therapist, teacher, coach, or other facilitator of skills to scour video collections, such as YouTube, for footage of “just the right model” when working with a wide range of learners. It can be frustrating to consistently fall short of finding just the right model to show. On the other hand, it can be extremely time-consuming and loaded with obstacles when trying to film, edit, and present original video model creations. Navigating expensive video cameras, placing tripods, running the equipment, negotiating the capture of a quality audio feed, transferring files from a video recorder to a computer, etc. are steps in this process that overwhelm a well-intentioned clinician or teacher. The creation of video productions quickly becomes a powerful technique that gets abandoned too soon.

A video capture system can provide customization opportunities and efficiencies so that appropriate video footage can be efficiently planned, captured, edited, and presented. Mock role plays, real-life scenarios, and guided and narrated step-by-step displays can be performed, recorded, edited (if needed), and saved for repeated use. It doesn’t take much time before you can have a fully developed set of video models stored and organized for repeated use for clinical, instructional, or coaching purposes.

At the beginning of this process, take care to include a planning stage. Determining and securing the appropriate video capture system, mapping out the skill(s) to be highlighted, selecting the appropriate context and materials, and securing participation of logical role-play participants are all key elements of the planning process. Taking time to be intentional about all of these dimensions will better assure that you collect footage that will need minimal editing and that will be a positive match for the desired acquisition and/or refinement of targeted behaviors/skills. Keep demonstrations succinct and resist from having them run long. It is better to have many, shorter video models (approximately 3-5 minutes in length) than to have long and cumbersome productions that have to be edited or broken into parts in order to use. Breaking learning down into smaller steps can allow more learners to be successful.

When using the created videos with the intention of teaching skills, the following efforts should be consider:

A classic example of the use of video modeling in speech-language therapy services would be having a pair of college students role-play a discussion about a controversial topic from a course they’re taking together. The pair of students could demonstrate a “lively” or somewhat contentious discussion about this topic, while negotiating, listening carefully to each other (showing verbal and nonverbal behaviors that demonstrate active listening), and come to a resolution or compromise to move forward with their collaborative project. This video could then be shown to a group of high schoolers with high-functioning autism who are working to refine their own skills of positive nonverbal behaviors, sharing information in a group, and disagreeing appropriately. Having the neuro-typical college students modeling these skills in the role-play video can be a launch pad to having the high school students see the behaviors in action and then practice something similar with each other, bridging the conversation to their real-world contexts throughout.

The possibilities for using created video models are endless. Being intentional and strategic about the use of video capture to create these robust arsenals of footage can better assure efficiencies, more positive results, and great professional reward!

Video self-modeling is best defined as using mediated video capture and playback to allow a person to see him/herself in action for the purpose of acquisition and refinement of specific targeted skills or behaviors. This is a more specific type of video modeling that uses the client/patient/student as the person performing the action. Video self-modeling can produce powerful results. Within VSM the client/student/learner becomes the model and is captured on video that is then used to playback so that they can witness themselves in action. Three main factors that support the notion of VSM as a powerful teaching tool include:

With all of this being said, it is clear that use of VSM holds great utility in helping a wide range of learners acquire and refine skills. As with production of video models discussed in the previous blog post, we should use VSM with careful planning and implementation. Some tips to consider include:

The use of VSM holds great potential and reward. The following list of citations are offered to show just a small subsection of speech and language specific application of VSM:

Ingham, J. (1982). The effects of self-evaluation training on maintenance and generalization during stuttering treatment, Journal of Speech and Hearing Disorders, 47, 271-280.

Yingling Wert, B., and Neisworth, J. (2003). Effects of video self-modeling on spontaneous requesting in children with autism. Journal of Positive Behavior Interventions, 5(1), 30-34.